GREAT LAUGHS FOR A GREAT CAUSE!

Join us at Stage 131 on Thursday, March 12 as we welcome
Ralph Harris for an evening of unsurpassed comedy from
one of today’s hottest comedic and acting talents!

Tickets can be purchased at laughfest.org or through Ticketmaster.
All proceeds from LaughFest benefit the programs offered
through Gilda’s Club Grand Rapids. 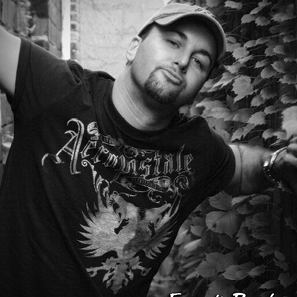 Born and raised in Detroit, this national headliner is one of the most high energy acts on the comedy circuit today. Fusing rapid-fire antics, improv and dead-on celebrity impressions have made Frank a crowd favorite coast to coast. Named Festival Favorite at the renowned Boston Comedy Festival. Winner of Comedy Central’s Michigan Comedy Survivor. Featured on NBC’s Americas’s Got Talent, NBC’s Nightshift and Comedy Central, as well as Funny or Die’s Oddball Comedy Tour with Dave Chappelle to name a few credits.

Tableside VIP Bottle Service includes a designated VIP booth for the entire evening, along with a personal server, mixers (excluding Red Bull) and condiments. Should you or your party have any special requests, please inquire.

ADD A LITTLE LIVE MUSIC TO YOUR NEXT NIGHT OUT.

We love our locals! We’re proud to bring you some of the hottest local acts right here to Stage 131.  So sit back, relax and enjoy some rockin’ tunes with a beverage in hand! Check back often to see who’s playing next.

ASAMU JOHNSON AND THE ASSOCIATED